Riddhima Kapoor Sahni Is Devasted By Her Father’s Sudden Death

Veteran Bollywood actor Rishi Kapoor’s daughter Riddhima Kapoor Sahni is devasted by her father’s sudden death. She was the only close family member who couldn’t attend Rishi Kapoor’s funeral yesterday. She had posted an emotional note, saying she will miss her “strongest warrior” every passing day. “Papa I love you I will always love you – RIP my strongest warrior I will miss you everyday I will miss your FaceTime calls everyday,” Riddhima wrote on Instagram while sharing a selfie with her father.

Now, Riddhima Kapoor has shared some heart-wrenching photos on her Instagram stories. The grieving daughter shared a handful of her most treasured photos with her father and captioned them saying, “I miss you so much already papa! Come back na. 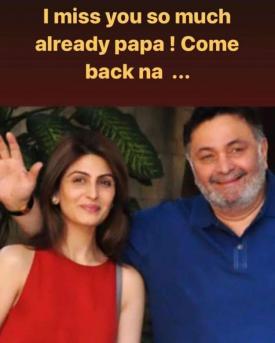 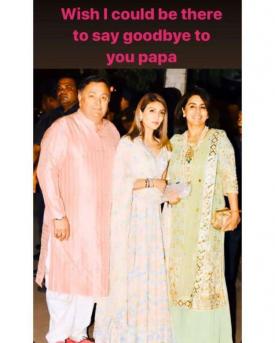 Riddhima Kapoor (39) is married to Delhi-based industrialist Bharat Sahni. According to reports, the Delhi Police granted permission to Riddhima and her family to travel to Mumbai amid the nationwide COVID-19 lockdown.

She also shared with friends and family that she was en route home by sharing a clip from her car and a message to her mother Neetu Kapoor that read, “Driving home Ma. Enroute Mumbai.” 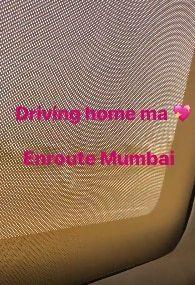 The mortal remains of Rishi Kapoor were taken to Mumbai’s Chandanwadi Crematorium on Thursday afternoon. Only 20 of Rishi Kapoor’s family members and close friends could be part of his last journey. Ranbir Kapoor led the hearse carrying Rishi’s body. His girlfriend, Alia Bhatt, was also present along with Kareena Kapoor Khan, Saif Ali Khan, Armaan Jain, Rima Jain and Aadar Jain, among others.

2019 films The Body and Jhootha Kahin Ka were Rishi Kapoor’s last films. He was to star in a Bollywood adaptation of The Intern with Deepika Padukone.

What is Ananya's new headache

Sonakshi Sinha in Red and White